Events
What's in it for me? Where to buy Aflasafe Food safety & health Industry & economics Policy

Thank you! Your preferences have been saved.
Aflasafe > Events

Aflasafe SN01 launch in The Gambia

More events in The Gambia 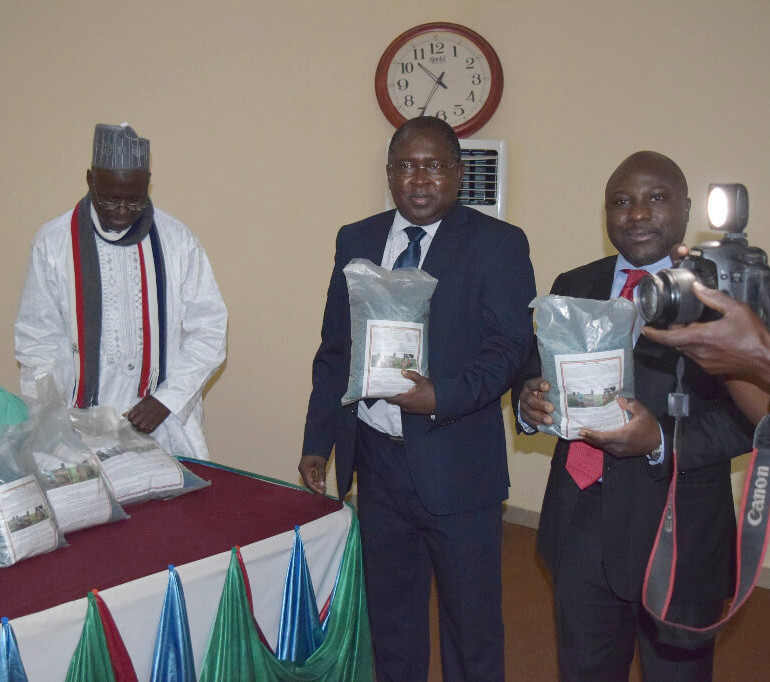 On 24th March 2017 Aflasafe SN01 was officially launched in Banjul to combat aflatoxin in The Gambia’s groundnuts and maize. Speaking on behalf of the Minister of Agriculture, Hon Omar A Jallow, the Permanent Secretary of the Ministry, Dr Sait Drammeh, said, “Tests conducted in Senegal and The Gambia over the past five years and two years, respectively, have resulted in an aflatoxin reduction level of more than 95%, which is very encouraging. This launch comes at a time when The Gambia is ready to address the issue of aflatoxin as a whole.” Indeed, the event followed the development of a National Aflatoxin Control and Investment Plan, which Aflasafe can help achieve.
Press release: Aflasafe SN01 launched in The Gambia to combat aflatoxin in groundnuts and maize